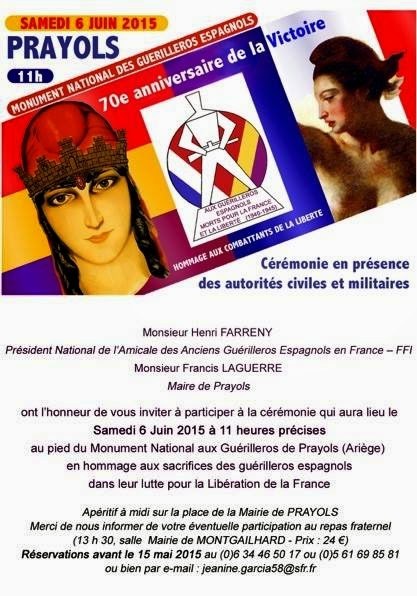 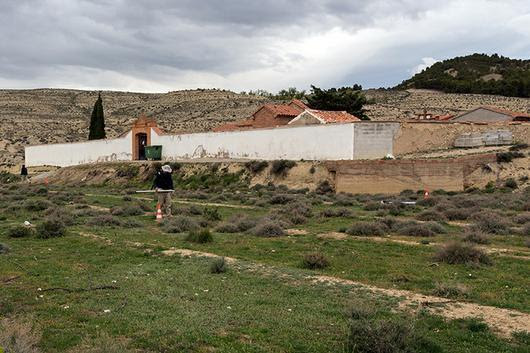 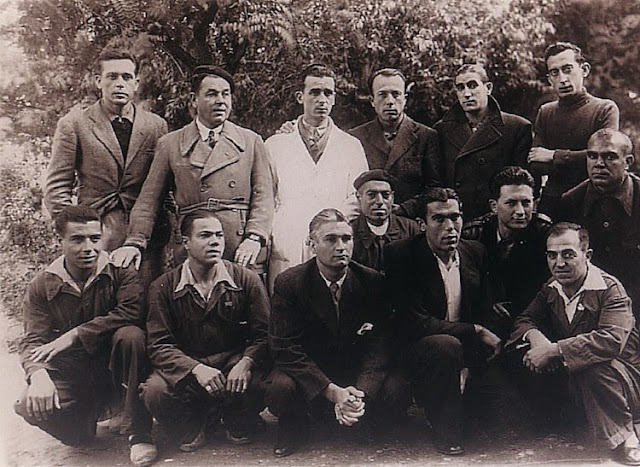 
The country is still coming to terms with the dictator’s legacy. Is it any closer to reaching an agreement about its bloody past?
Financial Times Magazine / Tobias Buck / 8-05-2015
Fifty kilometres north of Madrid, in the granite mountains of the Sierra de Guadarrama, is the tallest stone cross built anywhere in the world. More than 150 metres high, it stands guard over a vast basilica hewn into the rock below.
The sprawling architectural ensemble, coldly symmetrical and entirely grey, shows occasional traces of life. It is home to a Benedictine abbey, along with a religious boarding school and hospice. There is a decent restaurant that specialises in traditional Spanish fare, and a mud-covered football pitch that comes to life whenever the pupils emerge to play a match.
Mostly, however, this is a place of death. Known as the Valle de los Caídos, or Valley of the Fallen, it is the final resting place for more than 33,000 bodies. With one notable exception, all of them were killed during the Spanish civil war, which lasted from 1936 to 1939. The odd one out is the man who started the bloody slaughter, and emerged from it victorious. His grave can be found right behind the high altar, at the very end of the imposing, windowless basilica: a modest granite slab, perpetually adorned with a bouquet of fresh flowers and the simplest of inscriptions: Francisco Franco.
The Spanish dictator died four decades ago this year but his resting place, much like his legacy, is far from settled. Outside Spain, Franco is often situated alongside Hitler and Mussolini as one of the continent’s most reviled fascist leaders, a brutal dictator who plunged his country into war and went on to preside over the death, incarceration, torture and exile of hundreds of thousands of his opponents.
In Spain, however, the government continues to pay for the upkeep of the Valle de los Caídos, tombstone and all, which forms part of the National Heritage. Hundreds of thousands come to visit the site every year. Spain’s Roman Catholic Church, meanwhile, jealously guards its role as the custodian of the Valley, and provides the monks and priests who sanctify the vast granite complex with their daily songs and prayers.
Even 40 years after Franco’s death, there is no national consensus on what the civil war and his dictatorship mean. Only a tiny minority voice genuine nostalgia for the old regime but the number of those clamouring for a frank reassessment of the past — and for expelling Franco from his privileged tomb — is not large either. As a topic of conversation, the former dictator and his deeds are widely shunned, whether in school, in parliament or around the family table. Polls are few and far between but those that are taken regularly show a lingering sense of ambivalence, perhaps linked to the extraordinary economic boom that occurred under the later years of the Franco regime. One typical survey found that six out of 10 Spaniards believe that Francoism had “both good sides and bad sides”.

But it is not just in the Valley that Franco continues to have his place. Despite a purge during the past decade, many Spanish cities still boast streets and plazas that honour his memory. Even the odd statue has survived. There is a prominent foundation dedicated to celebrating the dictator’s life and work. Once a year its members and other Franco sympathisers come to the Valle de los Caídos for a special mass, and to pray for his eternal soul.
To some Spaniards, the site — and the annual ritual — is an abomination, a stain on the country’s democratic record. They argue that Spain, perhaps uniquely in western Europe, has never made an effort to openly confront its past. Far from allowing old wounds to heal, this failure has, in fact, kept old divisions alive for longer than anyone thought possible — the original sin of Spanish democracy, still unatoned after all these years.
One man who believes this more strongly than most is Emilio Silva, a burly political scientist and journalist who rose to prominence over the past decade as the co-founder of Spain’s historical memory movement. “Can you imagine a church in Germany where the priest prays for the soul of Hitler? Can you imagine a square in Italy that is named after Mussolini?,” asks Silva, over coffee in a noisy bar in Madrid.
The movement he started some 15 years ago is best known for locating and digging up the graves of Spanish Republicans killed by Franco’s Nationalists. More than 1,300 bodies have been recovered from roadside ditches and secluded forests, and accorded a proper burial. For the relatives, the process has often been momentous — allowing them finally to come to terms with six decades of pain and grief.

The broader aim of Silva and his allies, however, is to shatter Spain’s so-called pact of forgetting — the unspoken agreement between left and right in the wake of Franco’s death to look to the future, not the past. In legal terms, that pact is cemented in the 1977 amnesty law, which shields former Franco officials — including the regime’s most notorious torturers — from criminal prosecution. Yet it is also reflected in Spain’s schools, where the history of the civil war and Franco’s dictatorship remain marginal subjects. And it finds an echo in the singular absence of any national museum or monument (aside from the Valley) to commemorate the war. “We are a country full of ignorance,” says Silva. “If there wasn’t so much ignorance, Franco would no longer be there [in the basilica]. For a society with even a little bit of understanding, it would simply be intolerable.”
To its defenders, the Valle de los Caídos is, above all else, a site of mourning and reconciliation. They point out that the mass tombs that line those heavy granite walls hold the dead of both sides. But they often fail to mention that the Republican dead were brought to the mausoleum without consulting their families (and that they are held in some cases against the express wishes of relatives). Neither do they question why any Republican would wish to lie buried in a tomb so laden with Francoist and fascist imagery.
At least once a year, the notion of reconciliation becomes impossible to maintain: on November 20, the anniversary of Franco’s death, his supporters arrive from all over the country (and beyond) for a special mass.
I have rarely had cause to attend Catholic mass during my life but even regular worshippers are likely to leave this particular ceremony in a state of dazed wonderment. Part of this has to do with sheer sense of drama.
At the precise moment of the transubstantiation, when the bread and wine are symbolically converted into the body and blood of Christ, the vast underground basilica is plunged into darkness. An invisible helper turns off all lights save for a single spot that is directed at the body of Christ on the cross, along with the hands of the priest holding aloft the wafer.
The priest, who is also the abbot of the Valley’s Benedictine monastery, then starts his homily with a prayer for the soul of Francisco Franco and José Antonio Primo de Rivera, the founder of Spain’s fascist Falange movement. Both men died on November 20 but they are separated by a political eternity: Franco passed away in his bed, peacefully, after 36 years of unopposed rule. Primo de Rivera was killed by a Republican firing squad in 1936, just months after the start of Spain’s civil war.
The two bodies occupy pride of place in the gloomy basilica, buried in front and behind the altar. Standing at the lectern just above, the priest praises the two fascist leaders for their decision to “forgive their enemies and seek their forgiveness for themselves”.
I was told that some worshippers are likely to make a fascist salute but I had not expected arms to be raised quite so brazenly. Some make a discreet, hasty salute on their way to receive Holy Communion; but all inhibitions melt away once the priests, monks and choirboys leave the church. Franco’s grave is quickly surrounded by dozens of admirers. They lay down red flowers and kneel to touch the rough, grey stone. Some offer a personal prayer. Dozens straighten their back and offer the raised-arm salute, while friends and wives snap pictures. Shouts of “Viva Franco!” and “Viva España!” ring out through the vast basilica. Neither the guards from Spain’s National Heritage nor the remaining monk try to intervene.
Standing quietly is Jaime Alonso, the vice-president of the Francisco Franco Foundation and the public face of hardcore Francoists in Spain today. He whispers a prayer and crosses himself but then quickly turns away from the more raucous crowd surrounding the dictator’s grave. Impeccably dressed and softly-spoken, Alonso is a lawyer by profession and Francoist by passion. Armed with a wealth of numbers, dates and facts, he makes a resolute case for Franco’s defence when I catch up with him back in Madrid.
He tells me he grew up with a vision of Franco as the “father of the nation”, and views him still as “the man of providence who came to save Spain”. Selfless, upright, a brilliant military commander and great political strategist, Franco is hailed as a towering figure in Spanish history, comparable only to the medieval rulers who drove the Moors from Spain in 1492 or the great kings who held sway over an empire stretching from Peru to the Philippines.